The possibility of establishing a girls’ college had been in Bacon’s thoughts from the very beginning of his venture into northern education.

Thus, it was not surprising when, within a few weeks of Thornburgh’s inaugural class in June 1919, he raised the subject again. He was encouraged by the fact that a spacious, attractive home – Yelvertoft – had been placed on the market by its owner, Mr. J. Mitchell of Winton, at a price of £2,000.

Mitchell’s ‘town house’ appeared ideal for adaptation to a college residence for girls. Bacon’s view received support from Rev J.B. Galloway, the Moderator of the Presbyterian Assembly at the time. However, the College Council was understandably reluctant to accept further financial commitments of the order required to establish a second college. On estimates of £2,000 for purchase and £3,000 for modification and establishment costs, the project was hardly justifiable, especially in view of the heavy loan burden already being carried for the boys’ school. Surprisingly, events moved in Bacon’s favour.

In September 1919, on a visit to Charters Towers. J.B. Galloway announced that a donation of £1,000 towards the cost of establishing a girls’ college had been offered by Mr. W.R. Black, a notable Presbyterian philanthropist, on condition that the College Council matched it with one of £3,000. After considerable maneuvering, Yelvertoft was purchased early in 1920 from Mitchell, who acted with great generosity towards the Council, ultimately contributing substantially to their funds. Messrs J.L. Landsberg, J. Allingham, J.F. Ward and Rev Bacon then undertook the fundraising needed for modification and equipment, their initial target being £2,000. In the event, they met with great success.

Blackheath College began operating on October 1st, 1920 with Miss I.J. Ogg of Rockhampton serving as Acting Principal for the few remaining months of that year.

The official opening of Blackheath took place on June 16th, 1921. The ceremony was conducted by the Rev J. Cosh, Moderator of the Presbyterian Church of Queensland, supported by the President-General of the Methodist Church of Australia, the Rev A. McCallum. Speakers at the opening ceremony included the Hon. E.W.H. Fowles, Revs Bacon, Galloway, Oakes, Bennett and Smythe as well as the two College Principals, Miss Bullow and Mr. Ward.

At the time of the official opening, the total liability on Blackheath and Thornburgh was £9,000, a very large amount in that decade and one that was to cast a long shadow as the economic state of the world deteriorated and eventually collapsed in the decade that followed.

In the formative years of the Colleges, a number of people contributed substantially towards their financial well-being. Generous donations from Miss Munro and Miss Martin of Cairns were made in 1920 and each succeeding year. The Munro-Martin Wing, an imposing new building opened at Blackheath in June 1924, was financed by these two great benefactors.

Another major contributor was Mr. W.R. Black, the man who provided the encouragement and support needed to persuade Council to accept Bacon’s plan to found Blackheath. To this end he contributed £1,000 at the opening ceremony in 1921. In the following years he made substantial donations to both schools as well as setting up scholarships. His final contribution in 1929 was for £500. During his lifetime, W.R. Black contributed more than £150,000 to projects in which the Presbyterian Church of Queensland was involved. His generosity was given permanent acknowledgement in the name Blackheath. W.R. Black died on October 1st, 1930.

The Collins brothers, Victor and Bramwell, of Spring Creek Station established the Thomas Collins Memorial Bursary in 1922, in memory of their father, with a gift of £400. Donations of similar magnitude were made from special funds of the Presbyterian and Methodist Churches for use as bursaries.

Copies of “A School on the Towers” – The story of Blackheath & Thornburgh College are available for purchase from the College. Please contact the office if you wish to purchase a copy – 07 4787 5100. 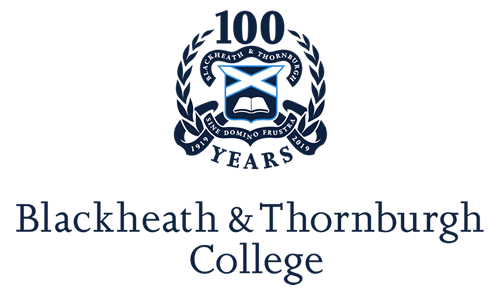